Meaningless facts you could live without

If you were to remove the last four letters from the word "queue" it would still be pronounced the same way.

On average, there are 333 squares of toilet paper on a roll.
Camels have three eyelids to protect themselves from blowing sand.
One quarter of the bones in your body are in your feet.

99 percent of humans can't lick their elbows.
The Mars Company was initially offered the opportunity to showcase M&M's in the film E.T. It was declined because executives felt ET was too scary.

Sales of the peanut butter flavored Reese's Pieces candy shot up 65% after the release of E.T.


The present population of 5 billion plus people of the world is predicted to become 15 billion by 2080.
If you yelled for 8 years, 7 months and 6 days, you would have produced enough sound energy to heat one cup of coffee. Save your energy.
The average person laughs 10 times a day.

Stop trying to lick your elbow.

Today, give a stranger one of your smiles. It might be the only sunshine he sees all day.

Posted by Ringo Firefly at 7:22 AM 0 comments

You gain strength, courage, and confidence by every experience in which you really stop
to look fear in the face.

The danger lies in refusing to face the fear,
in not daring to come to grips with it.

You must make yourself succeed every time.

You must do the thing you think you cannot do. 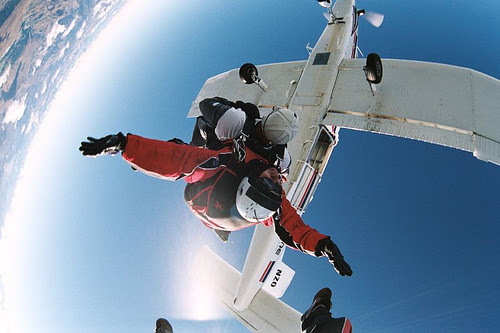 Posted by Ringo Firefly at 9:13 AM 0 comments

Sheepy, goaty and the moo-moos

Sprinkle some diced peaches mixed with honey and drizzle bits of goat cheese onto toasted multigrain bread for a summer bruschetta.

I promise you'll be left yodeling with more gusto than the lonely goatherd.

pair with a meaty cabernet or sherry


When in cheese and spirit pairing doubt, pair the region or go for the fruity wines.

There are three lactating moose in Sweden for cheese production, and at $3000/kilo what a steal!

Fuzzy farewells to you for now.

Well I'm getting happier all the time, which is very nice. - Ringo Starr 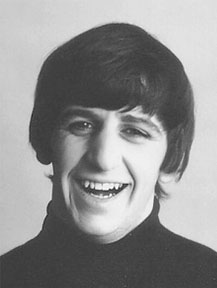 Fire celebrations in the ordered universe

The passing of the longest day of the year brings many festivities as we celebrate the arrival of the summer solstice.


The weather has turned, and there is much lemonade'ing, water-splashing, beaching, surfing, traveling, sailing, seaside strolling, sand dancing, and heaps of summer other'ings to do.

With the change of seasons come many worldwide firey celebrations. If you're vying to leave the backyard for a bout of travel, any of the following will have you checking your sun sign for a searing adventure.

Marking the height of summer, the residents of Wakayama, Japan commemorate Nachi-no-Hi-Matsuri, one of Japan's largest fire festivals held in honor of their ancestors. The celebration takes place by a Shinto shrine near the sacred waterfall sheltered in the mountains.

Here, twelve colossal torches each representing a god, are lit for purification by bearers clothed in white.

Adults and children from the northern Kakunodate region of Japan gather to participate in the century old practice at the Hiburi Fire Swinging Festival to bring good health and harvests to the coming year.

The Scottish include a fire procession led by a thousand torch carriers, known as the Up Helly Aa to earmark the close of winter. It is said that the celebration arose from early Scandinavian Viking raids, so festivalgoers will dress as their ancestor counterparts to pay homage.

For the closing ceremony, a festival galley Viking ship is ignited for the fête. 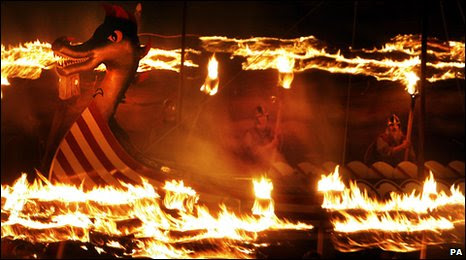 Travel to Southwestern Europe to Spain's La Patum de Berga fire fest and you'll be certain to take delight in fireworks and flames of awe and wonder. 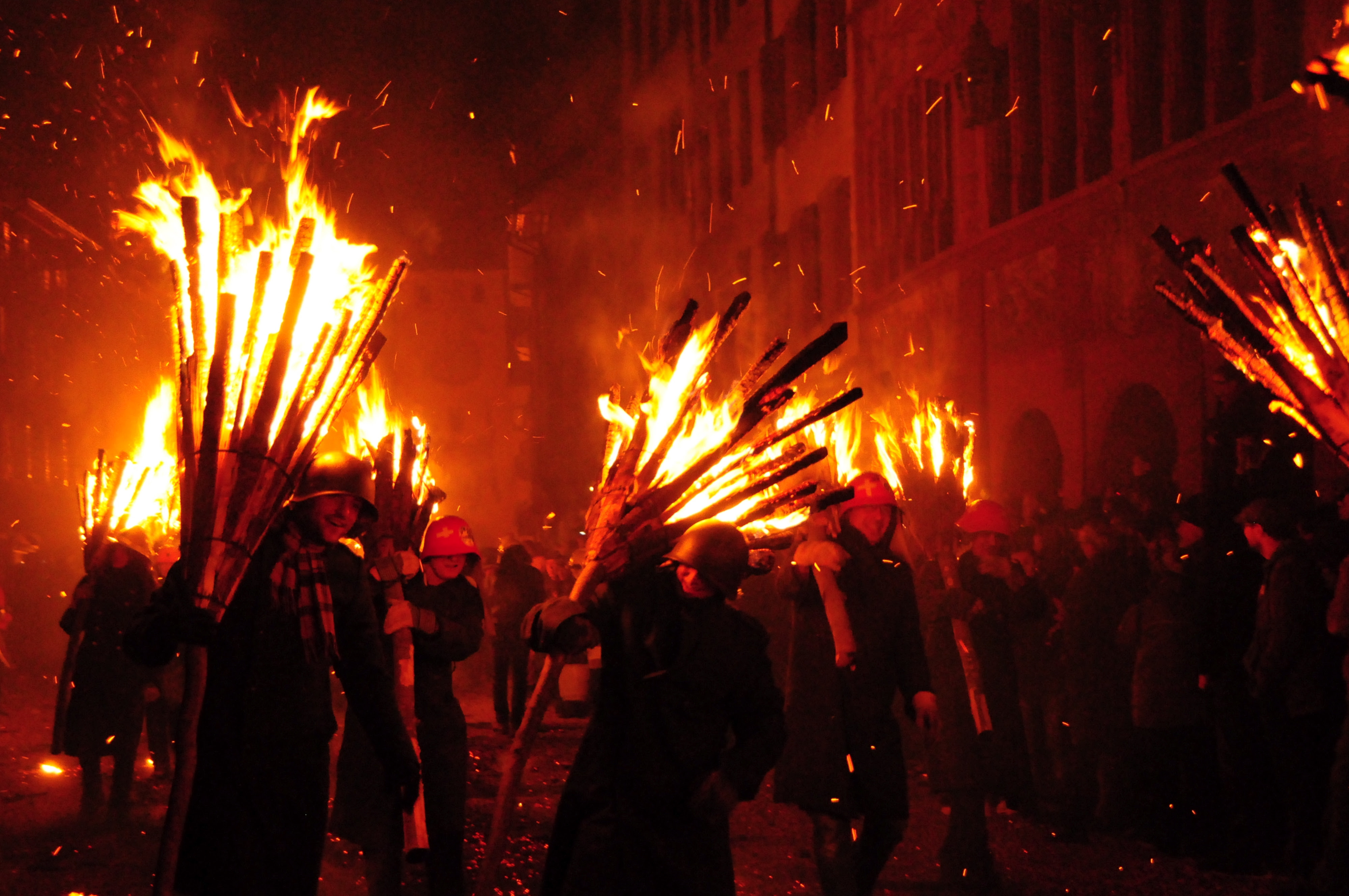 So, with the warm weather at your front doorstep, and the sparkly fireworks high in the sky above this season, don't forget to marvel in your own life celebration amidst the long, hot and fiery midsummer days and warm nights.

Posted by Ringo Firefly at 9:24 AM 0 comments

Develop interest in life as you see it. In people, things, literature, music. The world is rich with treasures, beautiful souls and interesting people. Forget yourself. - Henry Miller 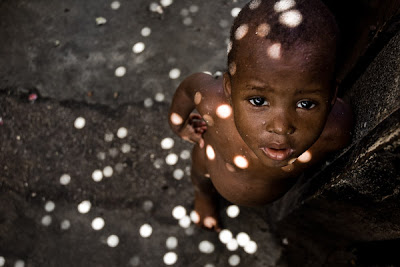 Chance is always powerful, let your hook always be cast. In the pool where you least expect it, there will be a fish.
-Ovid 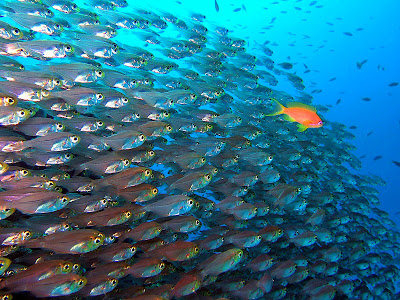 How My Father Spoon-fed Me Multiculturalism - by Grace Hwang Lynch

A truly rich man is one whose children run into his arms when his hands are empty. ~Author Unknown
A beautiful Papa's Day to the few good men.

I especially love how they are perfectly sandwiched in between the weekend, with the workweek well behind you and a lazy Sunday just ahead.

The weather is lovely now.

Looking forward to a sleepy eve of beautiful music and beautiful company. 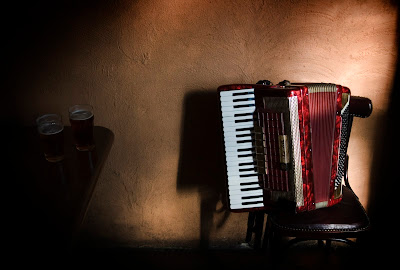 what can I say?

The happiest of Saturday duskiness and summer tidings to you.

The great author Ernest Hemingway was challenged to write a story in just six words. 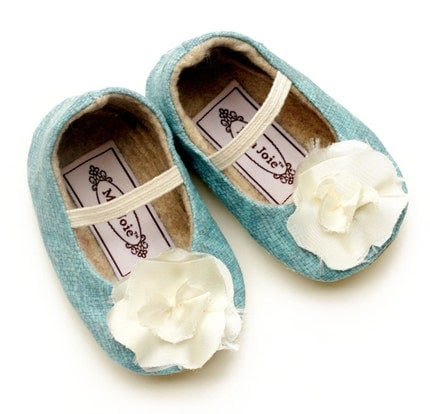 He regarded it as his greatest.

Do a little storytelling and come up with your own six word story.

A handful of my own six word memoirs:

bring back
the wounded
with heart 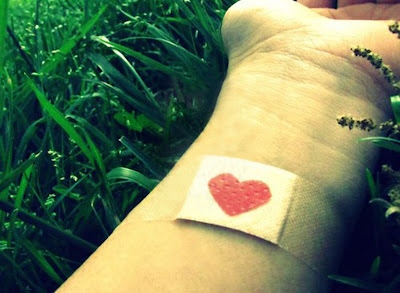 lifelines are
never straight
and narrow 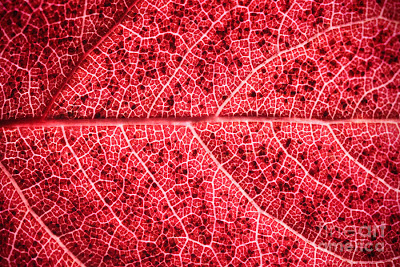 the cat
with one
life left 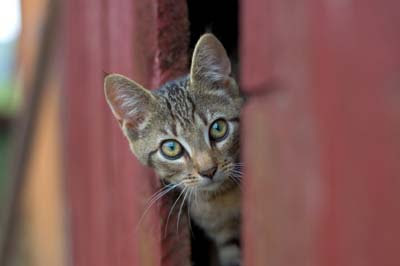 shared love
with you
my soulmates 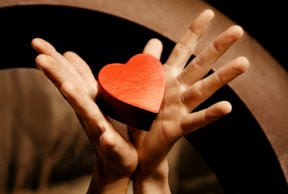 but to
live in
an anemome 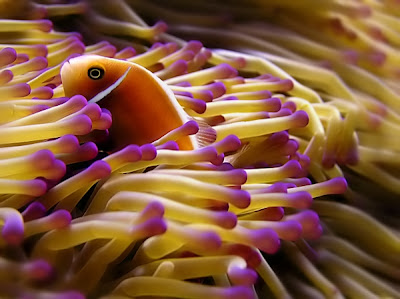 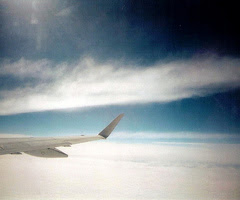 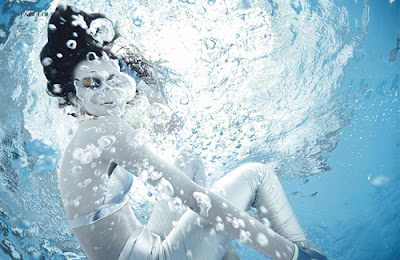 Make certain to visit those of others over at:

Sometimes you have to let go to see if there was anything worth holding on to. - Author Unknown 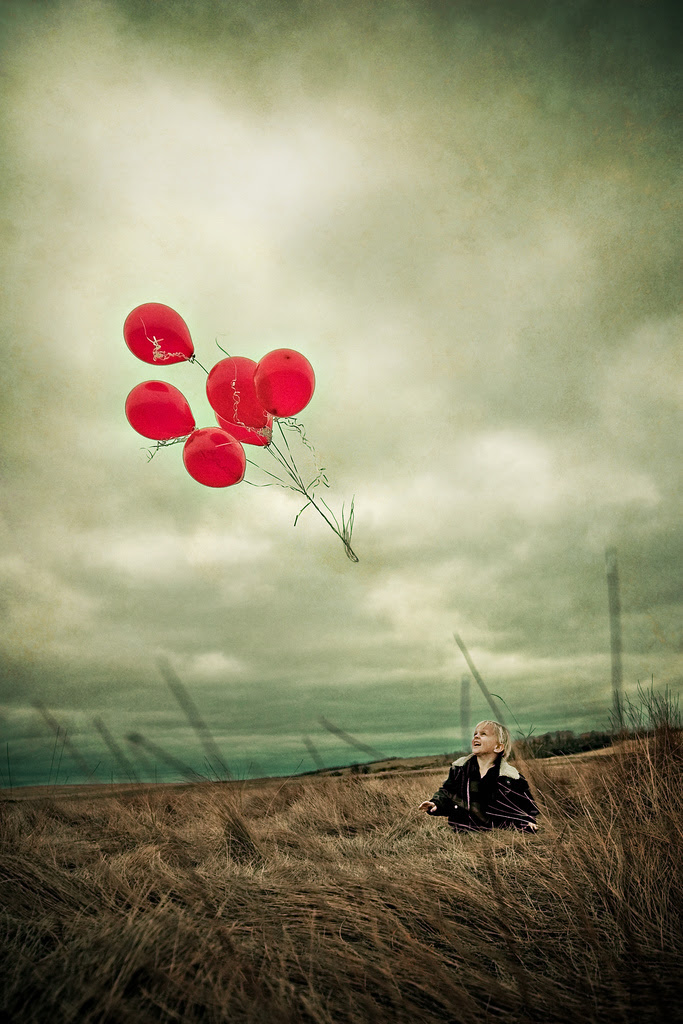